Population genetics is concerned with the study of the genetic composition of populations. This composition may be changed by segregation, selection, mutation, recombination, mating structure, migration, and other genetic, ecological, and evolutionary factors. Therefore, in population genetics these mechanisms and their interactions and evolutionary consequences are investigated.

A gene may have different forms, called alleles.

Thus, supposing that there are two alleles A1 and A2, there are three possible genotypes, A1A1, A1A2, and A2A2. In the first and third case, the organism's genotype is homozygous (for A1 or A2, respectively), in the second case it is heterozygous.

Genetic material is deoxyribonucleic acid (DNA). It consists of four bases: adenine (A), guanine (G), thymine (T), and cytosine (C). Each base is linked to a sugar and a phosphate group, yielding a nucleotide.

The nucleotides are arranged along two chains to form a double-stranded helix in which the pairings A-T and G-C between the strands are formed. Therefore, all the genetic information is contained in each of the two strands. 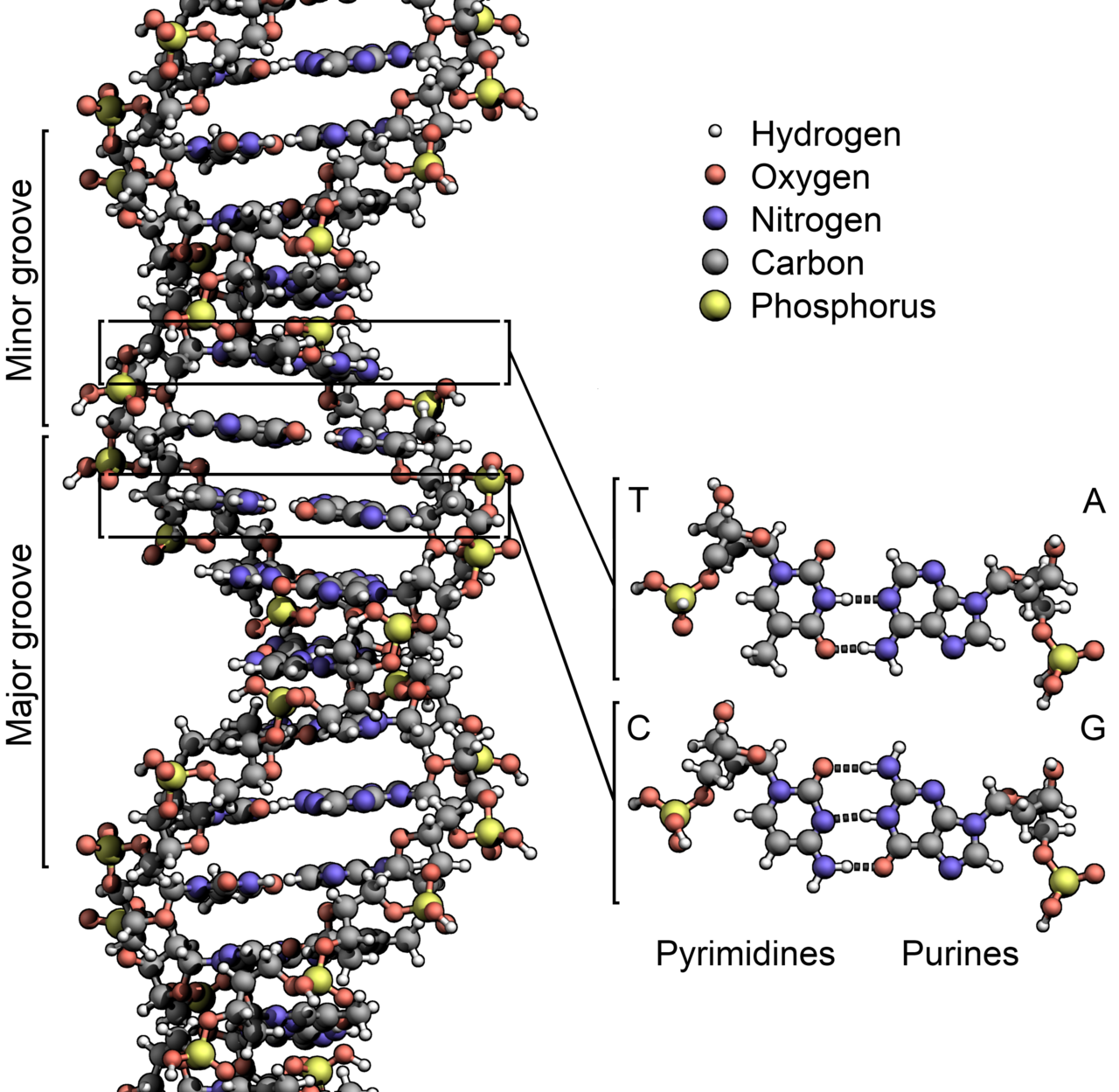 Three bases code for one amino acid, which are the building blocks of polypeptide chains and proteins.

A gene typically represents a contiguous region of DNA coding for one polypeptide chain. Its position along the DNA is called the locus, and a particular sequence there is called an allele.
by shamitbagchi à 1/28/2015 12:19:00 AM No comments: 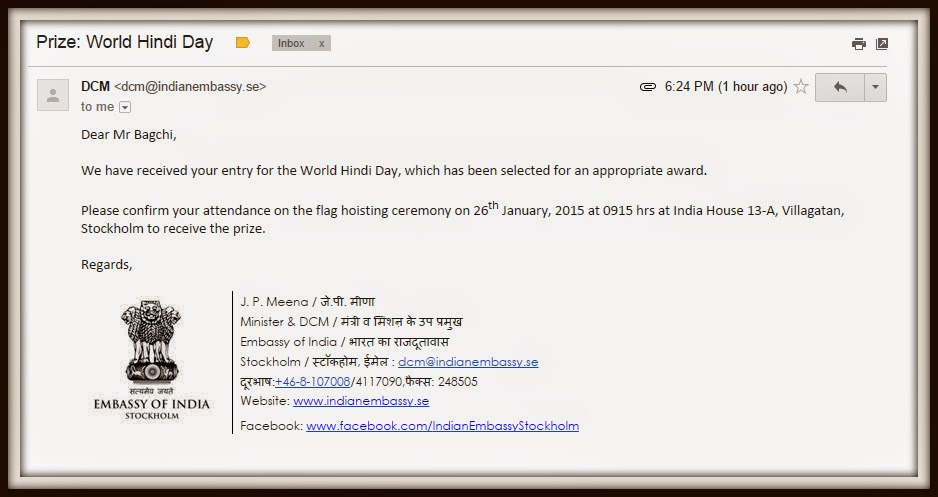 We have received your entry for the World Hindi Day, which has been selected for an appropriate award.

Please confirm your attendance on the flag hoisting ceremony on 26th January, 2015 at 0915 hrs at India House 13-A, Villagatan, Stockholm to receive the prize.

Ewww!! Yes that's true of some Darter, pupfish varieties and other fish species too (Filial Cannibalism)! The dynamics of the population with adults cannibalizing on their offspring can be described by the Ricker map, given by the equation:

Figure 1: Bifurcation Diagram (Click to enlarge) -Plot between R and eta. Chaos and bifurcations and period doubling observed. We observe the 2 point limit cycle is observed at R value > 7.4 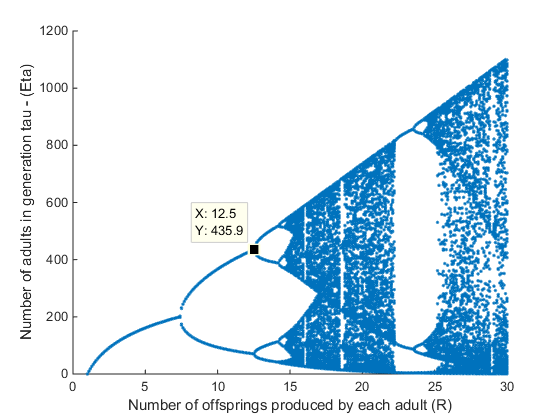 
Bifurcation to higher periodic solutions eventually leads to chaotic behavior: Initially observe the solution oscillates between two points then it exhibits a 4-period solution then the solutions become chaotic. Again around a small window of R = 23-25 we see that the solutions exhibit regular periodic solutions after which they again become aperiodic/chaotic. So the same sequence of bifurcations get repeated and it is akin to a fractal, and the periodicity-aperiodicity-periodicity sequence is also repeated.
by shamitbagchi à 1/22/2015 04:06:00 AM No comments:

Disneyland, Measles outbreak in US & the SIR Model

What started as a measles outbreak among seven people who visited Disneyland in December has spread to more than 26, as an unvaccinated California woman apparently transmitted the virus through airports and the theme park, health officials said. (Source: Guardian).

The Ebola is another outbreak we saw a few months back... 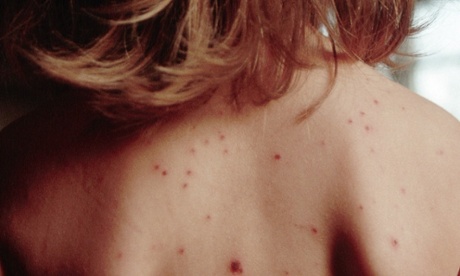 Taken together, the 26 cases would account for almost 12% of the expected measles cases for the entire year in the US. Photograph: John Heseltine/Corbis

The SIR Model a three-compartment model, for disease spread can be used to explain such outbreaks. In this model each individual is either Susceptible to the disease, Infected, or has Recovered and is immune. Infected individuals infect susceptibles they meet with some rate and recover with some rate. The ratio of these rates determine if the disease will become an epidemic or not.

The simulation for the SIR Model I had done recently as part of Simulation of Complex Systems course at Chalmers University:

The methodology utilized for the simulations: 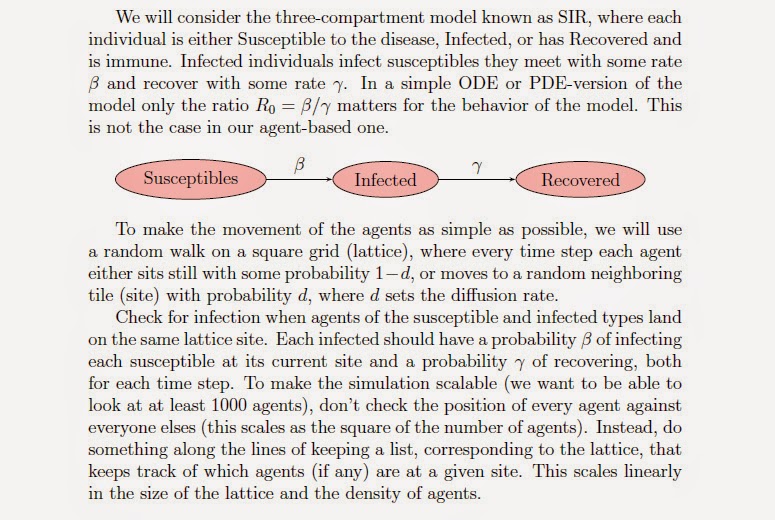 Global Synchronization of Oscillators in Nature 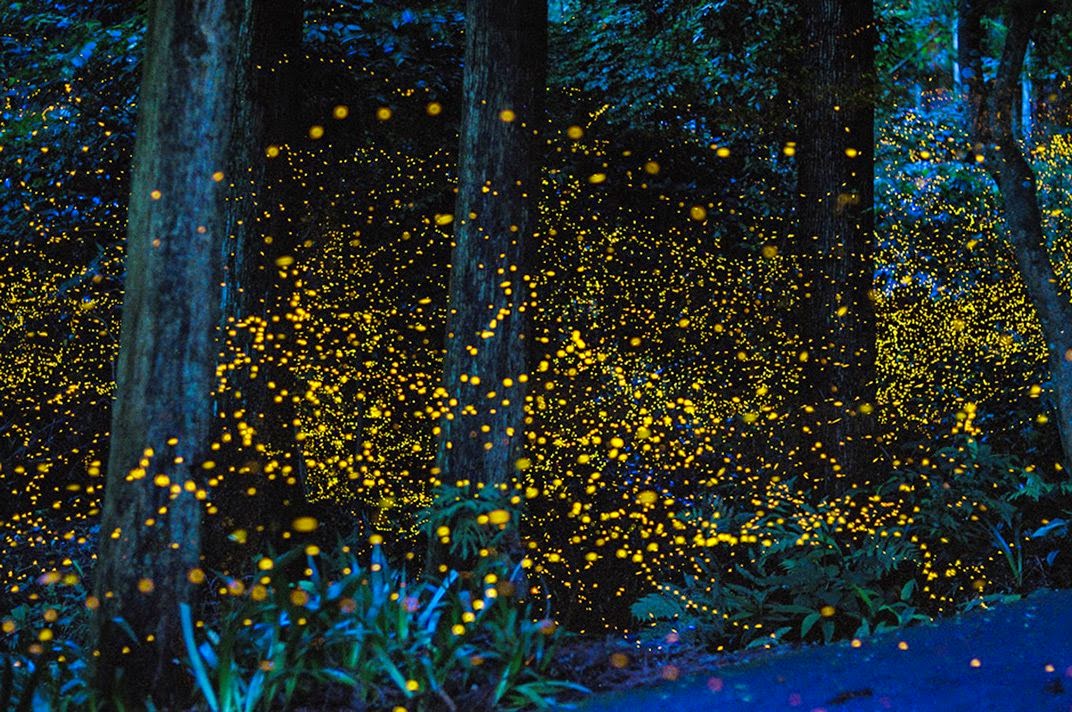 A particularly beautiful example comes from certain species of fireflies, with stories of huge populations of fireflies all flashing in perfect unison, making long swaths of light flashing on and off in the darkness. It was not until the late 1960s that anyone understood what was really going on—that the rhythm was not being set by any single “conductor” firefly, but rather by the interactions among all of them. Somehow the oscillator in each firefly (presumably some patch of neurons in each firefly’s brain) corrects itself to flash in unison with all the others.

With a large number of oscillators with different natural frequencies, the Kuramoto model predicts that, if they are allowed to interact strongly enough, they will all start oscillating at the same rate. The model provides a mathematical basis for studying the conditions under which synchronization can occur. For example, it is possible to solve for the critical amount of coupling needed among the oscillators to have synchronization. (Source: Synchronization of Globally Coupled Nonlinear Oscillators: the Rich Behavior of the Kuramoto Model by Bryan C. Daniels)

Here are some simulations I had run for the Kuramoto model using a Normal and a Cauchy-Lorentzian distribution as part of the Computational Biology 1 course in Complex Adaptive Systems at Chalmers Univ: