Sunset walk rather, no boulevard actually ... 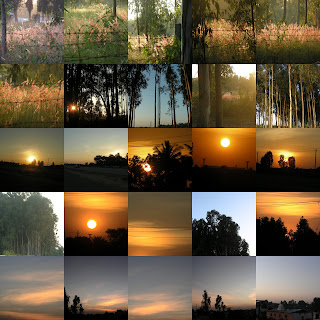 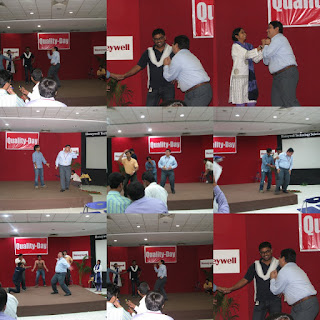 Of Rock and Debates …

Every year we have the Annual Day celebrations at the workplace, a welcome thing in parallel with work as usual. Actually for the events the whole organization is split up into 8 different teams; this year on account of 60 years of ’s , the teams were named Chak De, Khakee, Border, Sarfarosh, Lakshya, Lagaan, Nayak etc. This time it is spaced out over a period of two months, with an event or two every week, including those from the categories mind sport, physical sports, performing arts, fitness and personality etc. I had taken part in the events in 2005, but last year due to various reasons and preoccupations I did not take part in a single event. This year I was determined to reverse the trend and I did. And in what a manner!

The first event I took part in was called ‘The Debate’ - a very innovative event that was split up into 3 sections, comprising 4 members from each team. In the first section the team picks a topic, 2 members from the team go and speak for and against the topic – quite extempore. In the second round ‘Whose Line Is It Anyway?’ on lines of the famous TV show of the same name, separate topics are given about an hour before, to each team and we need to enact out the scene, more like a skit. In the third and final round three members from each team need to tell interconnected stories based on the three words they have chosen – and I felt it was the toughest to coordinate. Our second round went really well where the topic we had got was ‘It was a dark and stormy night and lightning flashed outside the window’ and we ended getting scores like 9, 10, 9 out of a max of 10 from the three judges, all four of us participated here. For the first round we got a topic ‘Cricket in is all about money and politics and sportsmanship does not count’, several other good topics where also doled out. I spoke against the argument statement. The last round we got words , Snow and Contemporary and had to weave a story which we did but it wasn’t highly coherent. And before the final scores could be announced we found ourselves tied for the second spot, an additional tie-breaker round was done, we had to speak against the topic ‘Money without women has no value’. And after a few tense moments the results were announced - we had come in second!

Next, just yesterday there was this event ‘Mock Rock’ which I had absolutely no idea about. For the debate event I had myself volunteered. But the several members of the team were such an enthusiastic group, they would not leave me for this too and I was literally pulled in and it paid off. They are a bunch of highly creative guys and gals. This Mock Rock is where you need to lip synch to music playing in the background. The key things are costumes, synchronization, dance, and the mock paraphernalia including fake guitars, drums etc. The two rounds were called ‘Videshi’ and ‘Swadeshi’. In the first round we took up a song called ‘Wicker Man’ by Iron Maiden. With masks, claws and all the back end work by a dedicated group, this round made the crowds go berserk. And in the second round we did the retro cult hit: ‘I am a Disco Dancer’, with the lead dancer giving an amazing performance along with the team-girls dancing in synchrony behind. It was for this second round that I was roped in and I dressed up in such a way as to somewhat resemble Bappi Lahiri. This time an introduction and a Nomoshkar and some words of intro in Bengali and English before the dance performance started, sent the already excited crowd into a tizzy and then they just loved the rest of it too, and during the show I had to enact the role of a drummer over card board and thermocol drums. Most other teams did equally well. But we were destined to win and as the results were announced in the order 8,7,6,5,4,3,2 our house name was left out to indicate that we had top scored, and what a grand celebration it was after that, with the open house and the crowd clapping and dancing. Not only was the whole thing enjoyable but a learning too for me, as I was able to cut out some bit of uncomfortable feelings on dancing etc and take my word – dancing is no small feat, it is highly energy sapping and the most involving form of physical exercise and artistic it is - I don’t have to confirm that, absolutely so in each of its several forms.

Once upon a time * Inky Pinky Ponky * Wall Walk 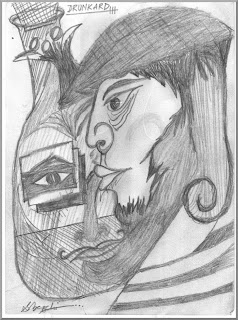 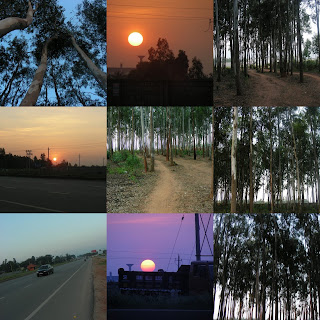 EUCALYPTUS
A walk in the woods,
At about the time,
when the sun was setting.
Camera in hand, a plan in mind;
I stray afar to find,
Along with you, Eucalyptus;
Colours galore, oranges,
Violets, greens, blues and browns.
No dearth of colours,
But for how long ?
Soon they would be, gone;
By an embrace of the night.
And you'd sway gently in the wind
Standing firm and tall, Eucalyptus.

Got my Nikon Coolpix S10 (6MP, 10X Optical zoom). Produces very good images and the best part is it's compact mainly due to its unique swivel design.
And below is a test of the optical zoom (I am not doing an ad for Maruti Alto here ... ;)). The second one below is at half the full zoom, and in the third one a scooter appears; and do you notice the registration plate? Where do you think that scooter is from ? NO ZOOM - HALF ZOOM - FULL ZOOM