Why Sonia Gandhi should be the coach of the Indian Cricket team.

Inspired by the SMS, a viewer sent to an English news TV channel:
'If Sharad Pawar can be the BCCI chief why not Sonia the coach of the Indian team?'

Brilliant idea, actually. First thing, it would set a new precedent: a woman becoming the coach of a men's team; a history of sorts for the most adored sport in India: Cricket (apart from Milk Abhishekam, the new sport that fans of a certain BOSS, love to play out on the streets these days). Also the nature of selection would be intact like when Ford refused, Watmore was not acceptable (what more could Watmore do, he tried literally everything) and our Indian coaches have much more important media assignments. Just as heavyweights like Shivraj Patil, Pranab Mukherjee, Karan Singh ... Of course you see the analogy, don't you ? Shivraj Patil was a classic candidate for the 'other selection', who when asked a question on security ended up saying 'we are looking into it', by 'it' he meant his suit and then started to dust some minute invisible speck of dust off his suit.

However, now that I think of it, players do endorsements, so why not the coach? Ravi Shastri could have signed a contract with Times Now or CNN-IBN (both recovering from the NDTV BMW case expose) to do a sting operation from within the team sessions or the dressing room; perhaps some insider talk or juicy clips, fights and feuds etc. – thus doubling up as a journalist, a commentator and a coach!

There's more evidence to cite. Sonia is possibly the best Googly expert so that's a big plus for our inept and hapless bowlers, they'd end up getting some much needed advice on skills. Also she'd guide them on 'Left' swing, lethal yorkers (the way she got master blaster, Kalam clean bowled on one, with the whole nation wanting his second term in office except her, possibly something to do with her plans for PMship being thwarted), mastering spin (Rahul's 'we broke up Pakistan' comment !!) and much much more, albeit not all techniques work (remember UP Elections 2007, makes Mayawati the second best choice for coach).

And in batting, Madam Gandhi is an undoubted expert, hitting six after six (to protect her friend, the holy soul Quattrochi) and batting unbeaten since 2004. Manmohan only seems to be running around not running the government, the proverbial 'runner', transferring his government's responsibility by admonishing India Inc, taking head-on the left's abuse and claiming the three years of madam's indirect rule have been a great show. Though it might be another issue that India's entrepreneurs – urban and rural are forging ahead; all that according to the ruling party is false – it is the government that has fueled the economic engine, even though data might be saying the exact opposite. Government seems to echo the public sentiments: sky high inflation, more farmer suicides; what? Let's discuss Shilpa Shetty or even better, Paris something; I knew only about the Louvre museum and Eiffel Tower; but this one's in some prison I hear.

And finally the clincher, Sonia Gandhi was once upon a time the best opening batswoman, who dared to not take up Indian citizenship for not five, not ten, but sixteen years after getting married to hubby dear, Rajiv. Not just that, she kept renewing her Italian citizenship every few years until 1984; when a big tree fell, the earth shook and Rajiv came to power - indirectly her path to power was clear. Doesn't that make her the perfect international coach that we are so desperate about? Indeed. She's better than former guru Greg at the power struggles; before her, Gangulys and Tendulkars would be mere siblings of Rahul and Bianca, sorry Priyanka. She is the tallest leader in India and we need such a person, who can magically manipulate (PC Sorkar Junior's magician daughter would get a scare) by a mere whim or wish, if our near-dying 'Men in Blue' (still smarting from the World Cup blues) are to ever revive. We want Sonia, vote for Sonia ! Start a SMS campaign directed at the BCCI selectors. SMS now ! 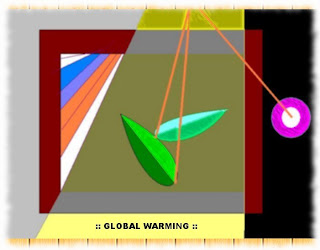 Email ThisBlogThis!Share to TwitterShare to FacebookShare to Pinterest
Libellés : Artwork

The NDTV expose and the Gujjar violence in Rajasthan were the two major items that kept the news channel counters ringing this last week. The NDTV sting operation (which I could not see being shown on any of the other channels except obviously NDTV) was indeed sensational just as the BMW case itself was. The collusion between the defense lawyer and the public prosecutor seems to have put the judicial system under the scanner for having scaled the very heights of corruption with the aim of protecting the guilty. The repercussions were many, as the public prosecutor was dropped from further handling the case and the Bar council created a committee to look into the alleged breach of the legal procedures for the same. Kudos to NDTV, which is, by far the best news channel on Indian airwaves. The other two - CNN-IBN and Times Now try to be aggressive to the extent of becoming frivolous, though CNBC-TV18 is good on the business news coverage. The way Sanjay Agrawal, the prime witness was wired with cameras etc and the videos captured, is absolutely fantastic.

The Gujjar violence is a more serious matter, especially due to the sudden violent turn it all took, and then clashes with another community, the Meenas, who are opposed to the Gujjars being given the demanded ST status. This event goes on to highlight the ominous chaos that caste systems, associated politics and reservations can create even in modern day India, with all the alleged India shimmering and 'India Poised' campaigns.

With the economy galloping, spearheaded by the services sector and a GDP growth rate of 9.4 % such events will often recur, if the trickle down effect is not sufficient, the differences between haves and have-nots widening. Although, as I was reading in an article by economist Bibek Debroy, in which he refutes the claim that growth hasn't penetrated down to the masses and also states that the actual GDP growth might have been closer to 12 percent and the existing calculations are based on certain older measurement parameters, that now stand obsolete.

With the Prime Minister admonishing India Inc. and corporate houses (seems like a ploy to appease the left and transfer the blame to the private sector) for indulging in ostentatiousness, lavish show of their riches, and disbursal of high salaries to top executives, Manmohan Singh, the initiator of economic reforms who was key in letting in open markets in India, seems to have come full circle, buckling under intense communist pressure. The CPM itself, though, is wooing Infosys in West Bengal, projecting its low land rates and touting West Bengal as the next big IT destination in the country.